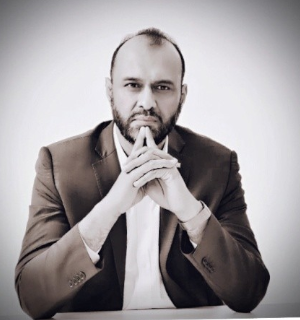 Dr Javed Khan is a leading figure in the UK public and voluntary sectors, with over 34 years’ experience developing a track record of successfully managing change through key high-profile leadership roles.

Javed is in his fifth year as Chief Executive of Barnardo’s, the UK’s oldest and largest national children’s charity.  Founded in the 19th Century by Thomas Barnardo, the charity celebrated its 150th anniversary in 2016, with Javed in place as the first non-white, non-Christian CEO in the charity’s history. Running over 1000 services across the UK, supporting over 300k of the UK’s most vulnerable children every year, Javed leads 8500 staff and over 22,000 volunteers, with an annual operating budget of over £300m.

He began his career as a maths teacher and then held management posts including Assistant Principal in Further Education, Director of Education in local government, Executive Director in the Civil Service and Chief Executive at Victim Support.  His career achievements have been recognised through many awards including honorary doctorates from Birmingham City University and the University of Salford.

Javed is a member of the Government’s Independent Grenfell Recovery Taskforce, a Patron of the National Citizen’s Service and a Non-Executive Director of a London NHS Hospital Trust. He works with ministers and government officials at the highest level, and is a regular contributor in the media and at national and international conferences.

Born in the 1960s to Kashmiri immigrants who could neither read nor write throughout their lives, Javed’s story of success is hugely inspiring. His own humble beginnings, growing up in inner city Birmingham, have also been the catalyst for his heartfelt belief in the potential of all children and his passionate advocacy of the Barnardo’s philosophy- ‘incredible things happen when you believe in children’.

LEARNING LIVE is free for Heads of Learning, Talent & Development

Get involved. Get informed. Get inspired.